Let's take a brief look at the history behind Halloween candy and how it became the sweetest day of the year.

It’s spooky season and that means waiting basically an entire month before the sweetest day of the year: Halloween.

Candy and Halloween have been synonymous since the 1950s, according to historic candy researcher Susan Benjamin.

Children from across the country can look forward to filling their pumpkin buckets with chocolates, gummies and other confections every year, not just because of the holiday, but because candy has remained a constant and accessible guilty pleasure for many years.

Even this year, with inflation sky high, Americans can remain hopeful their candy stash won’t be as impacted as other everyday items such as gas or groceries. 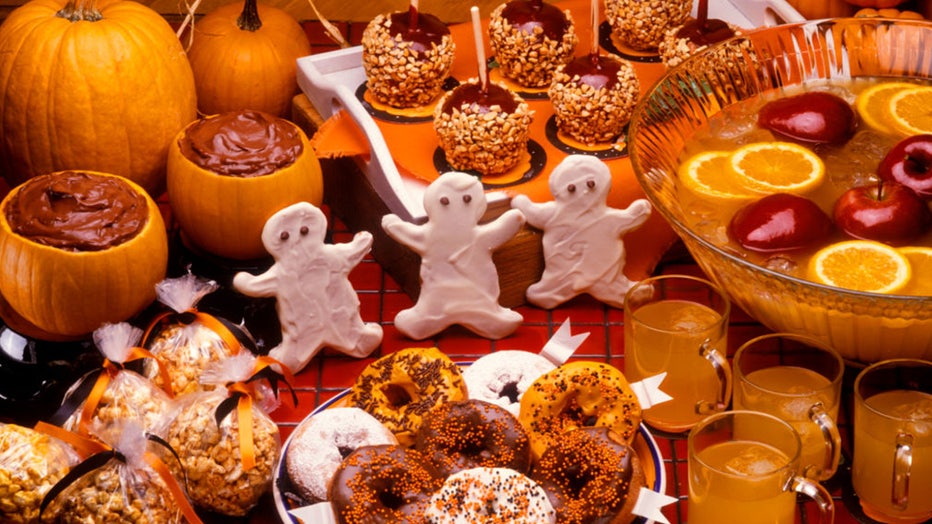 Candy will always be there

Most everyday items have seen price hikes due to inflation, and candy is not immune to that. But one thing is for certain, candy will remain one of the more affordable items on your shopping list.

Consumer prices, excluding volatile food and energy costs, jumped 6.6% in September from a year ago — the fastest such pace in four decades. And on a month-to-month basis, such "core" prices soared 0.6% for a second straight time, defying expectations for a slowdown and signaling that the Fed's multiple rate hikes have yet to ease inflation pressures.

Overall prices rose 8.2% in September compared with a year earlier, down slightly from August, the government said Thursday in its monthly inflation report. But from August to September, prices increased 0.4%, faster than the July-to-August increase. Though cheaper gas helped slow the broadest measure of inflation, costlier food, medical care and housing pointed to the breadth of price pressures across the economy.

"We’ve seen about a 5% increase," Benjamin, who owns the only historic candy store in the United States, told FOX TV Stations. 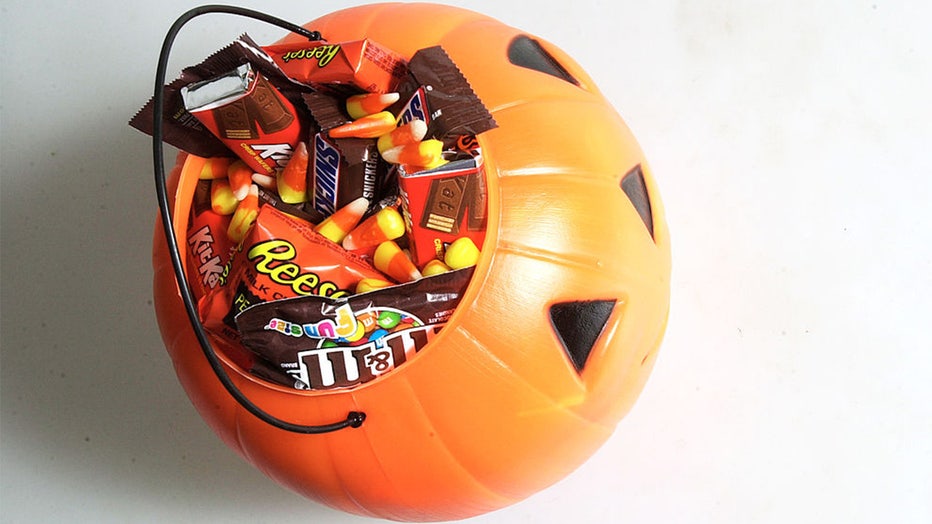 But despite the 5% increase, Benjamin said no one is really skimping on buying candy.

"I think relative to a couple years ago, that maybe there’s been a change. But it’s still that candy remains and probably always will remain one of the less expensive fun foods and less expensive pleasures that we have. Candy started in the mid-1800s — more or less — with machinery marketing and it was really made for working-class kids," Benjamin explained.

"It was a real boom because it was the first time working-class kids had access to the middle class, they could go in and buy candy. Today, there’s so much paranoia about candy and all the rest, but what’s out there is still affordable to them, to kids and to people without means. So in that way, it has remained steady. I don’t think anybody’s going to go, ‘Oh my word, I can’t afford candy corn,’" she added.

While the price of a Tootsie Roll has certainly gone up since the 1950s (5 cents to 25 cents), most people can remain confident they can afford that Hershey’s chocolate bar or those gummy bears without breaking the bank.

In fact, the National Confectioners Association (NCA) projected a 5% increase in chocolate and candy sales for the 2022 Halloween season.

"Of course, like every industry, the confectionary industry is impacted by supply chain and inflation challenges, but chocolate and candy remain a really affordable and transparent and accessible treat. So there are options for people at every price point, with every dietary need and preference," Carley Schildhaus, senior manager of public affairs at NCA, told FOX TV Stations.

How did candy become associated with Halloween? 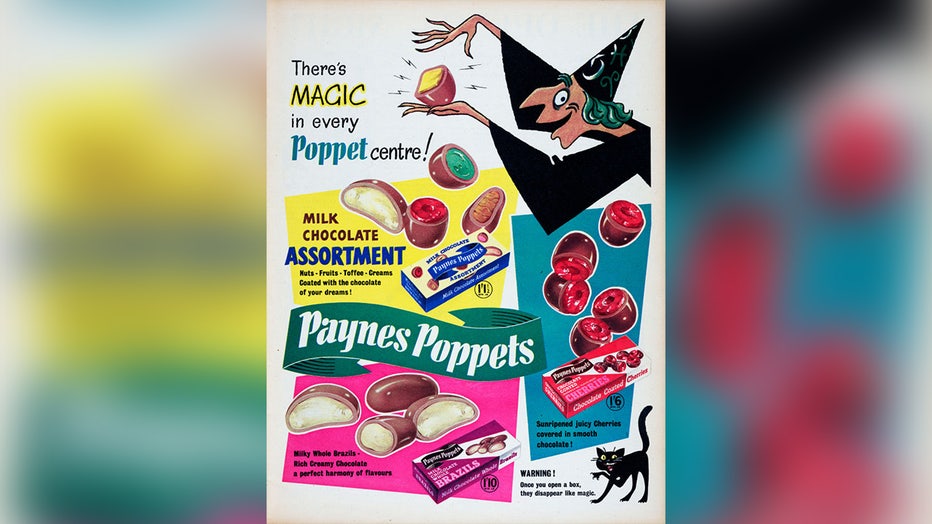 "The story of candy and Halloween is pretty amazing. When Halloween began, they had all these iterations, most of those things being a house party, and then being a community party, all of these aspects of it. But, you would have Halloween candy and you would have with it, fruit. So fruit, nuts and candy were sold together at the turn of the century. And they were considered the same kind of thing," Benjamin said.

According to Benjamin, candy was originally sold out of apothecaries, which were basically pharmacies.

"Because sugar has always been medicinal and it still is," Benjamin added.

Other Halloween candies at these parties included truffles, stuffed chocolates, and creams. Basically, candies that would do great at a celebration but not so much rolling around in a candy bag.

"Once companies were able to use machinery to put them (candy) into little sizes and to sell them that way, that’s what started the whole ‘trick-or-treat’ thing and handing it out in little pumpkin bags," Benjamin explained.

"It was the packaging. They were already making lots (of candy) from World War II and so on, but what they did is they just created packaging that was suitable for a little bag that you can hand out," she said.

And, again, candy was affordable even back in the day, so giving it away as a treat wasn’t so hard on people’s wallets, Benjamin added.

From the 1950s and onward, Halloween candy packaging evolved along with the types of candies being given out. 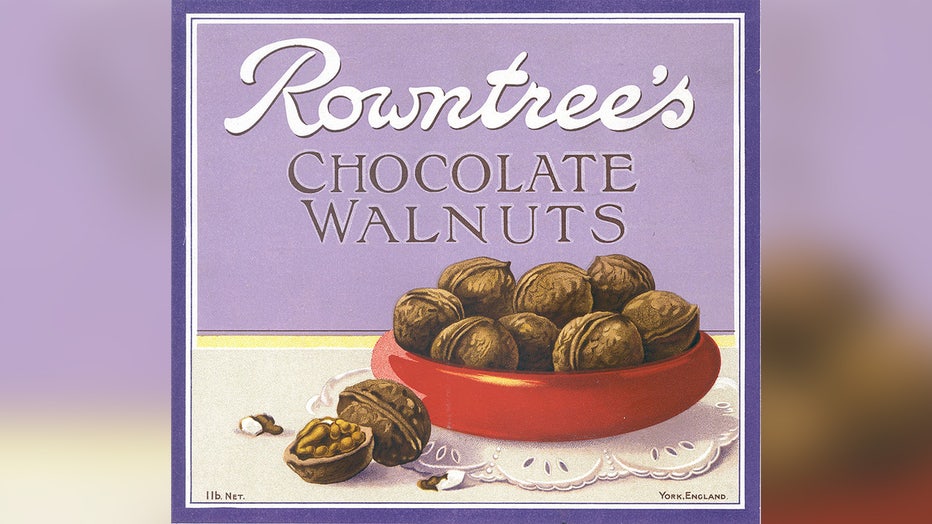 Before, Halloween candies included popcorn balls, chocolate-covered fruits and other types of homemade candies, according to Benjamin. But with the ease of pre-packaged candies that were being produced en mass, it was inevitable households would soon turn to store shelves to replenish their Halloween candy stash.

One thing is for certain; Halloween candy isn’t what it used to be, at least that’s according to Benjamin.

"What’s happened in terms of all candy, but especially Halloween candy, is that it’s less diverse. So now you have a bunch of large companies who basically dominate everything. You go in the supermarket and you see it there, you see it on Halloween and there’s Reese’s Peanut Butter Cups, the little ones, and the little M&Ms," Benjamin said.

There are also generational differences in candy preference, according to Benjamin. While the younger generations like to go for that sensational mouth-feel such as sour and tart candies, the older generations enjoyed things that many youngsters may have never even heard of before such as sorghum and horehound.

"Today, people like sour, tarts, like burn-your-mouth tart. Back in the day, you didn’t have that. Maybe 20 years ago, 30 years ago, that wasn’t like that. For the older people, maybe a generation or two before that even, they liked horehound, they liked sorghum. They liked these brands like Smith Brothers Cough Drops and Pine Brothers Cough Drops, and they had mountains of butterscotch. So, it is very different," Benjamin said. 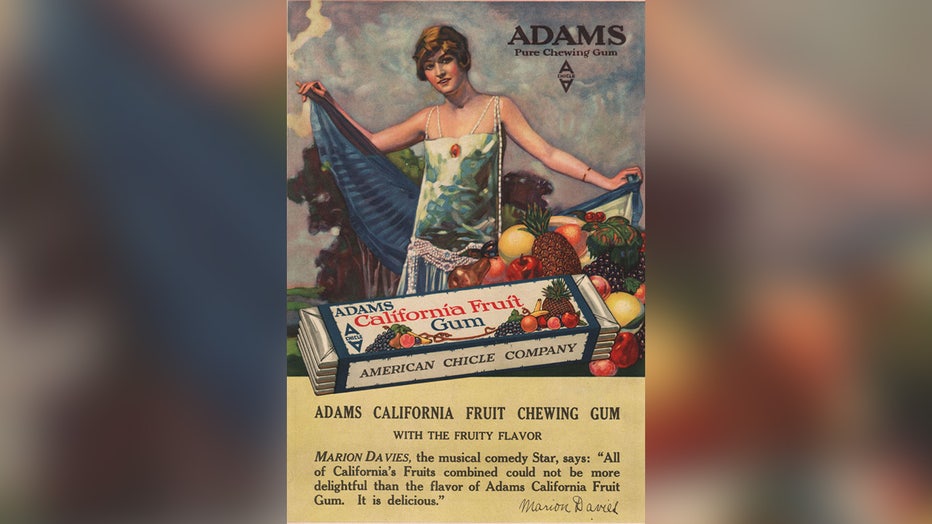 FILE - 1923, A summery illustration of a young woman overwhelmed by fruit, in a 1923 magazine ad for Adams chewing gum. (Transcendental Graphics/Getty Images)

Another interesting trend that Benjamin said she has seen through the years is the evolution of chewing gum as a candy. Up until the 1980s, many people considered chewing gum a type of guilty pleasure candy and while Hubba Bubba and other sweet chewing brands are still around, Benjamin said it's not as revered as it used to be.

"It really is generational," Benjamin added.

According to the NCA, the No. 1 fan favorite for the 2022 Halloween season is chocolate, followed by candy corn and gummy candies.

"The second one is a little controversial; it’s candy corn — which some people love, some people maybe love less, we’ll say. But no matter how you feel about it, you cannot deny that candy corn is an iconic part of the Halloween season," Schildhaus said.

RELATED: Candy corn: The Halloween treat you either love or really hate 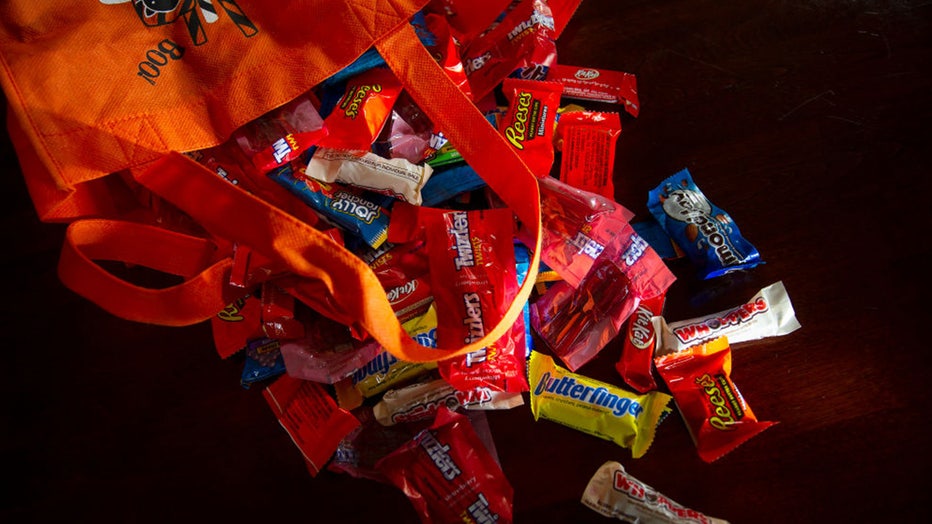 But no matter the preference, candy enjoyment in general transcends generations.

"It’s still fun, it’s still festive," Benjamin added. "With the Halloween candy, I will bet you a million dollars, because I know this from my experience: Kids bring the Halloween candy home, parents see it, and they go, ‘Oh I remember this! They used to have this when I was a kid. Mrs. so-and-so used to give it to me.’ So the memories are still there and the importance of Halloween is not lost, it’s just changed."