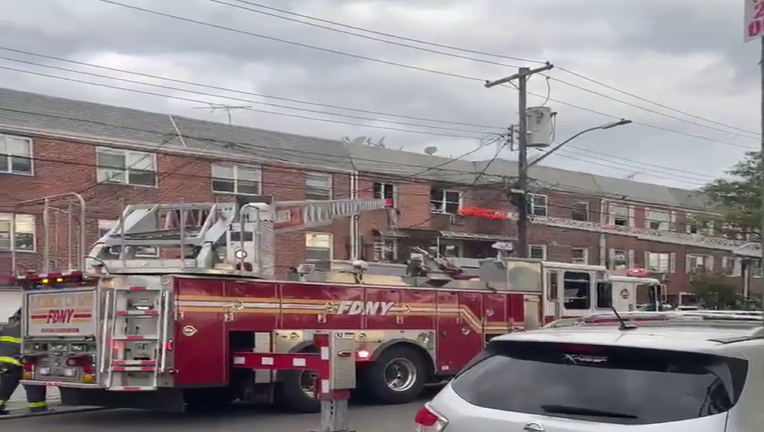 NEW YORK - An 8-year-old girl died, and two adults were injured after a house fire in Queens on Saturday morning.

The fire broke out on the third floor of a multi-family home on 130th Street in College Point at around 7:35 a.m., according to authorities.

When firefighters arrived on the scene, they discovered 8-year-old Stephanie Villa Torres unconscious and unresponsive.

She was rushed to New York Presbyterian Hospital-Queens where she was later pronounced dead.