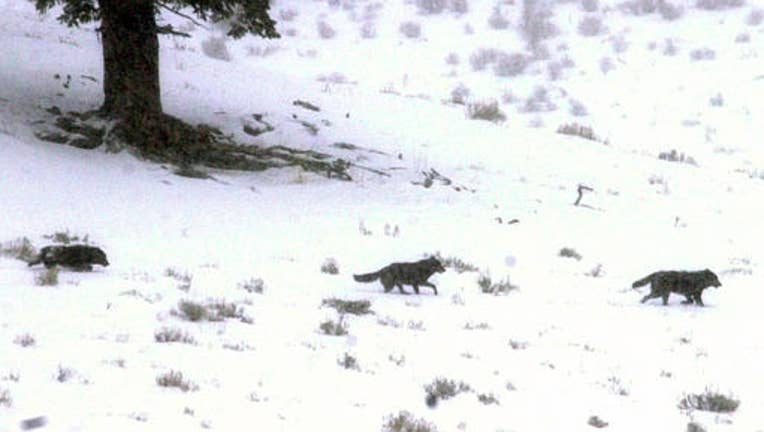 YELLOWSTONE NATIONAL PARK, Wyo. -  A pair of wolf pups were fatally hit by a vehicle in Yellowstone National Park after the animals became used to humans and started hanging around a road near their den, park officials said.

The pups were hit at about sunset Tuesday on the road between Tower Junction and the park’s northeast entrance.

The animals were from the Junction Butte pack, a group of wolves that ranges between the Lamar Valley and Tower Junction and is frequently seen by visitors.

Park officials say in recent months some hikers had violated a requirement to stay 100 yards from wolves and approached the pups to take their photo.

After becoming accustomed to people, the pups began coming close to visitors along the road prior to being killed.

“Having studied these pups since birth, I believe their exposure to, and fearlessness of people and roads could have been a factor in their death,” said Yellowstone’s senior wolf biologist Doug Smith. “Visitors must protect wolves from becoming habituated to people and roads. Stay at least 100 yards from wolves, never enter a closed area, and notify a park ranger of others who are in violation of these rules.”

Yellowstone staff hazed the pups several times over the last five months in an attempt to make them more wary of people and roads. This effort was never fully successful and the pups continued to demonstrate habituated behavior due to continued close encounters with visitors.

Yellowstone had about 80 wolves living in nine packs, according to the latest population count.