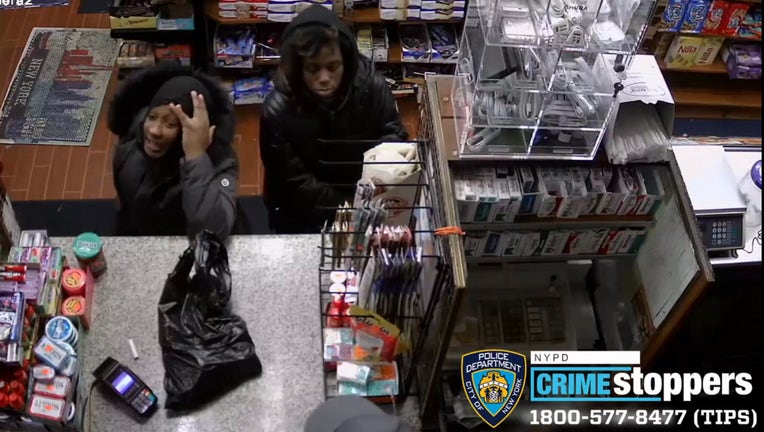 NEW YORK - Police in New York are looking for two women accused of attacking and robbing an elderly woman on a Midtown Manhattan sidewalk.

The 75-year-old victim was walking when the two women approached her from behind.

Police say they grabbed her, threw her to the ground, and stole her Gucci belt bag, $10, bank cards, ID, iPhone, and AirPods.

The victim was not seriously injured.

About an hour later, the women then used one of the victim's bank cards at a deli on 1st Ave.

The NYPD released a photo of the women in hopes that someone would recognize them.