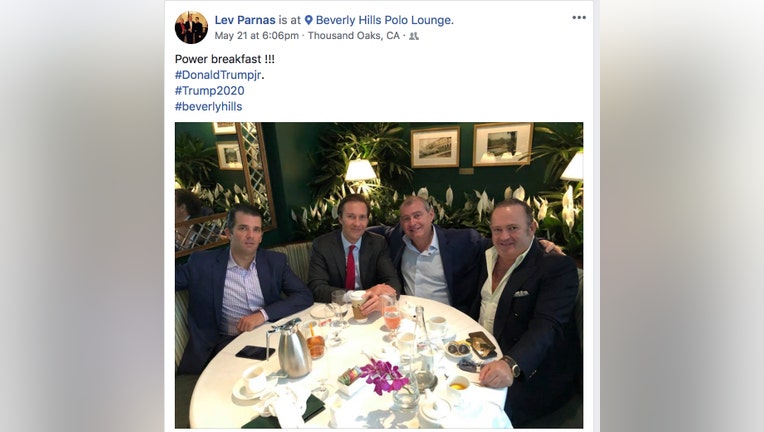 The top federal prosecutor in Manhattan says two associates of Rudy Giuliani who are accused of trying to buy influence over U.S. policy on Ukraine were arrested while trying to leave the country.

U.S. Attorney Geoffrey Berman told reporters Thursday that businessmen Lev Parnas and Igor Fruman were about to board an international fight from Virginia with one-way tickets when they were detained at 6 p.m. Wednesday.

The pair and a third man are accused of trying to use straw donors to hide the source of money they contributed to a congressman and a political action committee supporting Trump's re-election.

Berman says the men asked a congressman to help remove the American ambassador to Ukraine. He says Parnas and Fruman were acting at the request of a Ukrainian government official.

Records show they used wire transfers from a corporate entity they controlled to make a $325,000 donation to the America First Action committee in 2018. Records that became public through a lawsuit show that the corporate entity reported as making the transaction was not the true source of the money.

A lawyer for the men, John Dowd, hung up on an Associated Press reporter calling about the case.