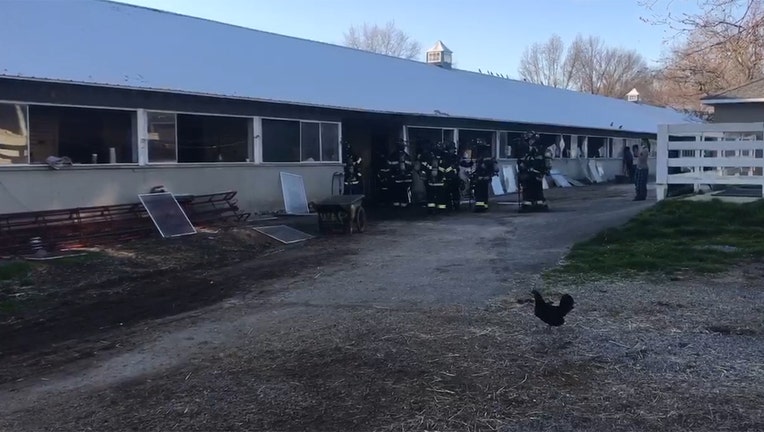 NEW YORK - Two horses died in a fire at Belmont Park horse track on Tuesday evening.  The fire broke out just after 6 p.m. at Barn 60.

The New York Racing Association (NYRA) says 58 horses were safely evacuated from the barn but two horses under the care of trainer Wayne potts parished.

Authorities say the horses will be identified after their owners are notified.

There were no injuries to barn staff or firefighters.

The Elmont Fire Department responded within minutes to extinguish the fire. The New York State Fire Marshal and officials from Nassau County are investigating the cause of the fire, which was not immediately apparent, according to the NYRA.