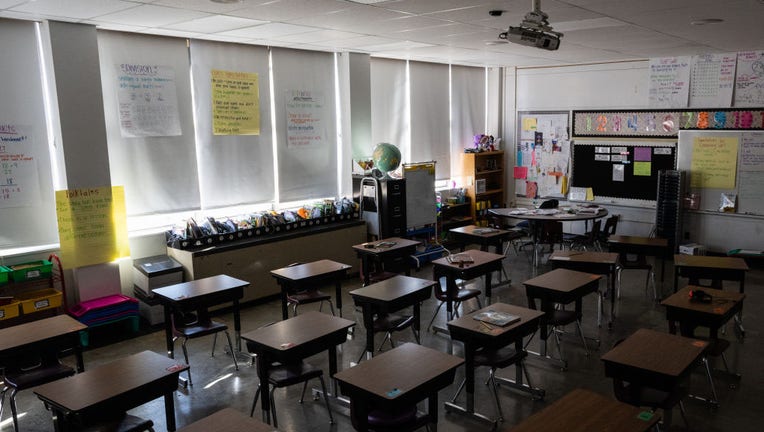 Image of unused desks are seen in an empty classroom in 2022. (Jon Cherry/Getty Images)

At least 135 teachers and teachers’ aides have been arrested so far this year on child sex-related crimes in the U.S., ranging from child pornography to raping students.

An analysis conducted by Fox News Digital looked at local news stories week by week featuring arrests of teachers and teachers’ aides on child sex-related crimes in school districts across the country. Arrests that weren't publicized were not counted in the analysis, meaning the true number may well be higher.

The analysis found that at least 135 teachers and teachers’ aides have been arrested in 41 states between January 1 and May 13, which works out to about an arrest a day on average.

The vast majority of the arrested educators were men. 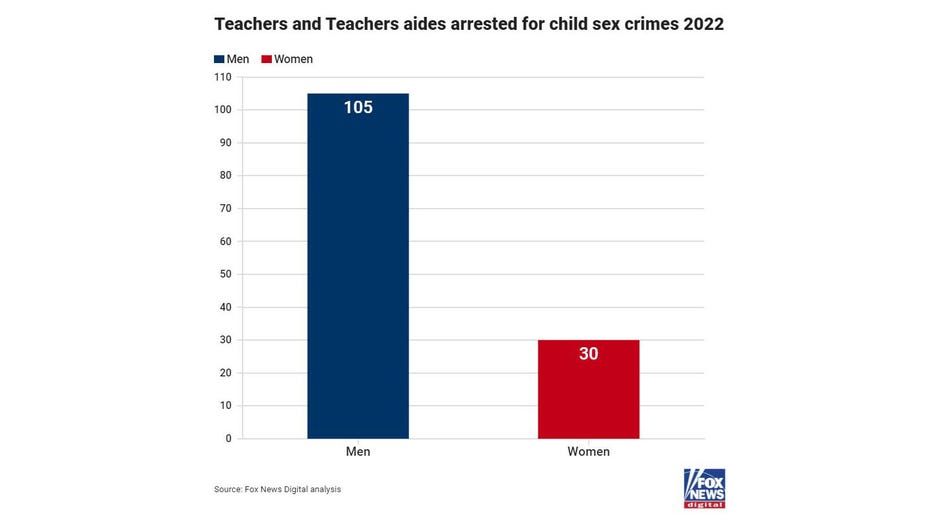 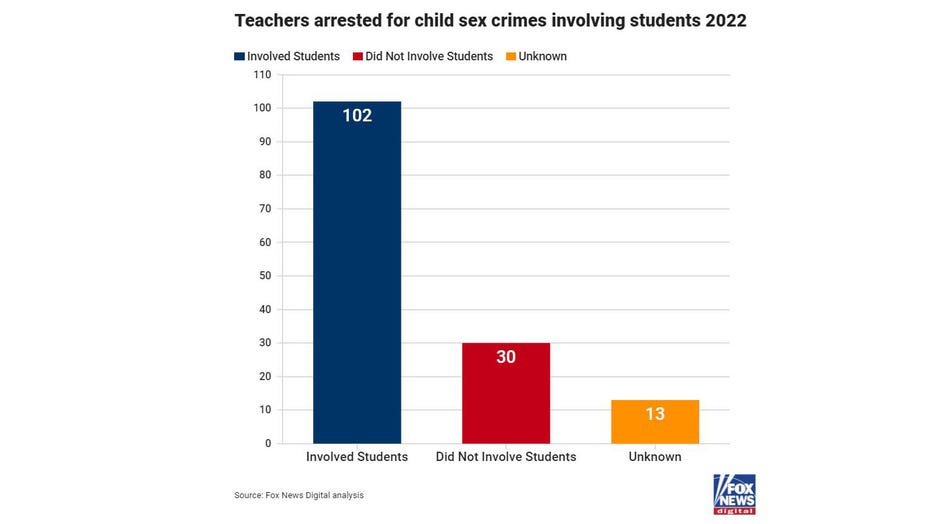 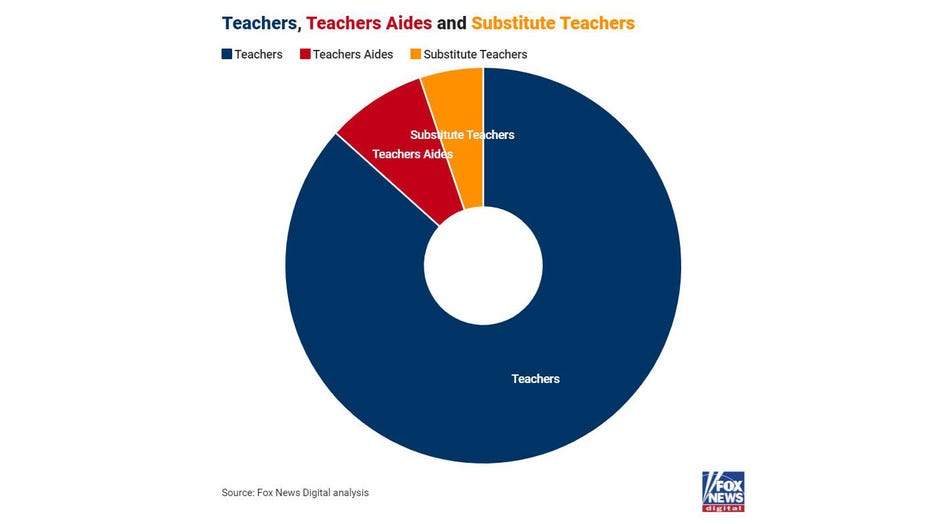 Many of the arrests involved especially heinous allegations.

Phillips is accused of raping a student in 2009 when he was still a teacher at Cupertino.

Gower is accused of sexually abusing seven students between 2021-2022 when she was a teacher at Making Waves, with allegations including forcible sodomy of minors and sharing sexually graphic photos over online platforms. She is due back in court on June 2.

William Landon Smith, a 31-year-old former science teacher at Cape Fear High School in Fayetteville, North Carolina, was charged with 27 counts of first-degree sexual exploitation of a minor, 28 counts of indecent liberties with a student, and one count of secretly using or installing a photographic imaging device to arouse or gratify sexual desire on March 18.

Smith is accused of inappropriately communicating with students via social media apps like Snapchat when he was a teacher at Cape Fear.

John M. Doty, a 35-year-old former biology teacher at Career Academy South Bend in Indiana, was charged with two counts of rape, one count of attempted rape and six counts of child seduction on Feb. 9.

Doty is accused of repeatedly raping a 16-year-old female student and threatening to kill her. He is scheduled to stand trial in January 2023.

Erika Sanzi, director of outreach for Parents Defending Education, told Fox News Digital that the issue of teacher sex crimes against students needs to be more thoroughly examined by the federal government. She cited the Department of Education’s 2004 report, which claimed that nearly 9.6% of students are targets of educator sexual misconduct sometime during their school career.

"Educator sexual abuse is a major problem that largely gets ignored because it's so uncomfortable to talk about," Sanzi said in a statement. "While a very small fraction of educators and school employees prey on the children in their care, one bad actor can do damage to many students."

"The last federally commissioned study on the issue was in 2004, pre-smart phone and those who study the issue closely say that the problem has been exacerbated by the ease of communication that a smartphone provides," she continued. "We need to get much more honest about the problem, study it again and ensure that we have policies and laws in place that protect children. It is currently legal in Massachusetts and Rhode Island for teachers and other adults in positions of authority to have sexual relationships with students once they turn 14. After a 5-year effort, RI finally appears poised to change that this year."

Sanzi was referring to a bipartisan bill in Rhode Island that would make it a crime for a teacher or person of authority to have sexual contact with someone under the age of 18.

Christopher Rufo, a senior fellow at the Manhattan Institute, said the lack of research on teacher sex crimes against students is a "travesty."

"The public school system has a serious child sex abuse problem," he told Fox News Digital in a statement. "The last significant federal study on this topic, which was conducted by the Department of Education in 2004, suggested that millions of American schoolchildren are victims of teacher sexual misconduct in each generation of K-12 students—and there hasn't been any significant research since then.

"This is a travesty," he continued. "Parents deserve to know exactly what's happening in the public school system and deserve to have tools for protecting their children from abuse. Congress should immediately fund a $25 million research program into child sexual abuse in public schools and provide complete transparency for parents. The first duty of public schools is to keep kids safe—and, tragically, that's not happening in far too many cases."