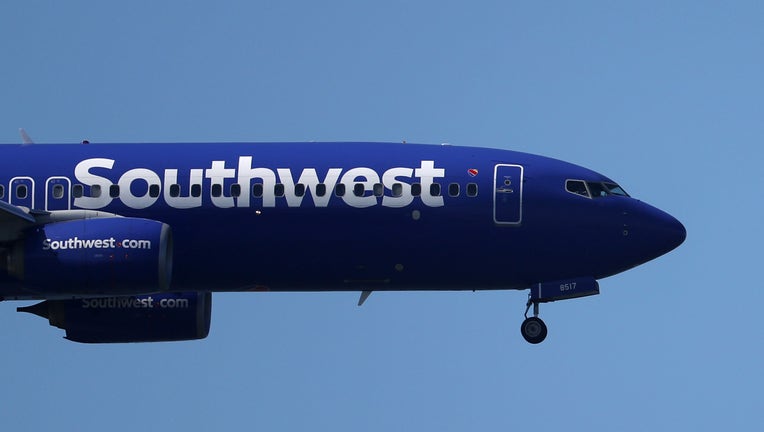 DALLAS - Federal officials said Friday they are investigating after a crack ruptured the skin on a Boeing 737 jet operated by Southwest Airlines, causing the plane to gradually lose cabin pressure.

The incident occurred Monday on a flight from Las Vegas to Boise, Idaho. Flight records show that the pilots began a rapid, 6-minute descent from 39,000 feet to 22,000 feet.

At that altitude, the cabin pressure was safe, and the crew completed the flight, said Southwest and the Federal Aviation Administration. Oxygen masks in the passenger cabin never dropped from the ceiling, and no injuries were reported, the airline and the regulatory agency said.

The FAA said that an inspection turned up a 12-inch crack in the skin of the plane’s crown behind the cockpit. Airlines are required to inspect that area every 1,500 flights. The FAA said it was too early to know whether the frequency of inspections should be increased.

Southwest spokeswoman Michelle Agnew said the plane had been inspected for cracks within the required 1,500-flight period.

Agnew said that during the flight, pilots responded to an indicator in the cockpit and “followed standard procedures by descending to a lower altitude to maintain a safe and comfortable cabin environment.” That “resolved the issue,” and the crew continued safely to Boise, she said.

On Friday, the plane was in a maintenance facility and undergoing repairs for the crack, she said.

A spokesman for Chicago-based Boeing said the manufacturer was aware of the incident and was working with Southwest to learn more.

The incident was reported earlier by The Wall Street Journal. The newspaper, citing people familiar with the matter, said Southwest told the FAA that required inspections turned up external cracks in two other planes in the same area but that those incidents didn’t lead to cabin decompression.

Breaks in the skin of aluminum-body jets such as the Boeing 737 are usually caused by fatigue or wear and tear. Maintenance experts say fatigue cracks are not uncommon in older planes, and inspections are designed to find them and repair them before they become safety problems.

In 2009, metal fatigue created a hole in the roof of a Southwest jet as it cruised 35,000 feet over West Virginia. The crack started where two sheets of aluminum skin were bonded together.

Two years later, a 5-foot-long hole ripped opened in another Southwest 737, forcing pilots to make an emergency landing at a military base in Arizona. Investigators blamed fatigue cracks in the plane’s skin.

No one was injured in those incidents, but in 1988 an Aloha Airlines flight attendant was blown out through a hole of a Boeing 737 as it flew over the Pacific Ocean. That prompted tougher inspection rules.

Southwest’s maintenance record has faced scrutiny. In 2008, the FAA proposed a $10.2 million fine against the airline for failing to conduct mandatory inspections for fatigue cracks on some of its planes. Southwest, which is based in Dallas, settled the case by agreeing to pay a $7.5 million civil penalty.

Last month, the Transportation Department’s inspector general said Southwest flew used planes it bought without verifying their maintenance and repair histories. The agency added that, “Many officials throughout FAA have expressed concern about the safety culture at Southwest Airlines.'' The airline denied the allegations.