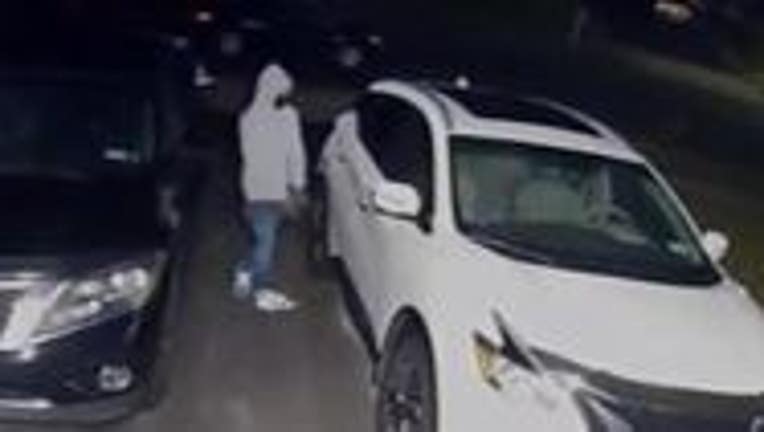 A surveillance photo of one of the thieves wanted in connection to a string of car thefts in Suffolk County. (Credit: Suffolk County Police)

NEW YORK - Police in Suffolk County are investigating after a dozen cars were stolen within about 24 hours in two communities on Thursday on Friday.

On Thursday in Hauppauge, five cars were stolen between 4:30 and 5:30 a.m. from multiple homes on Bezel Lane, Sandra Drive, Steven Place, and on Maureen Drive between approximately 4:30 a.m. and 5:30 a.m. All five vehicles were unlocked with key fobs inside.

Detectives are also investigating if these thefts are connected to at least three incidents during which items were stolen from cars. Authorities say that all five vehicles had been left unlocked with their key fobs inside.

Then, on Friday, seven cars were stolen at residences across St. James. They were stolen from residences on Bayberry Drive, Washington Avenue, Seventh Avenue, and Fifth Street. Once again, police say all seven vehicles were unlocked with key fobs inside.

All seven cars were recovered.

Police are reminding residents to lock the doors of their cars when they exit, to take their key fobs with them, and to not leave valuable items inside.

Anyone with information on these thefts is asked to call Fourth Squad Detectives or call anonymously to Crime Stoppers at 1-800-220-TIPS.