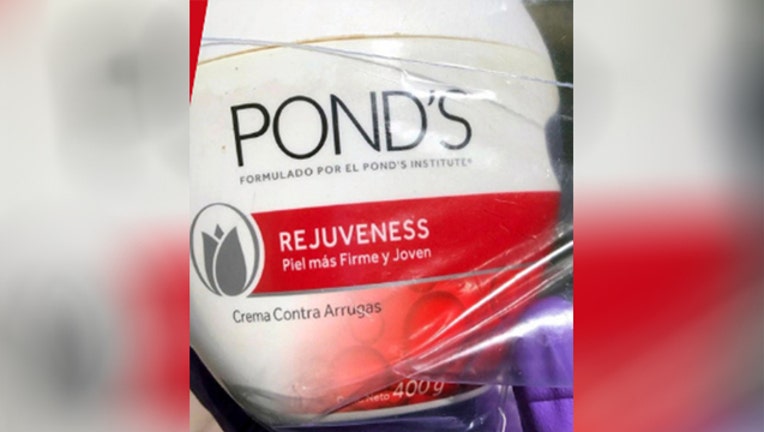 A California woman is in a semi-comatose state after using a Ponds-labeled skin cream tainted with methylmercury, according to the Sacramento County Public Health agency. (Photo Courtesy: Sacramento County)

SACRAMENTO, Calif. - A California woman is in a semi-comatose state after using a Ponds-labeled skin cream tainted with methylmercury, making her the first reported case of methylmercury poisoning of this type linked to a skin cream in the U.S., according to the Sacramento County Public Health agency.

The woman from Sacramento obtained the skin cream through an informal network that imported the cream from Mexico, a press release from Sacramento County said. Consumers use this type of cream as a skin lightener, as well as to remove spots and wrinkles, according to the county.

The mercury was not added by the Pond’s manufacturer, but by a third party after purchase, the release said.

Sacramento County Public Health is working closely with the California Department of Public health to test similar creams in the Sacramento area for methylmercury.

“Methylmercury can enter the nervous system and can cause severe illness among household contacts, especially in pregnant and breastfeeding women and children,” the release said.

Children with prolonged exposure to methylmercury could suffer from skin flaking, poor muscle tone, leg cramps, high blood pressure and rash, among other symptoms, according to the county.

The county warned those who use imported skin creams from Mexico to stop using them immediately, as well as to put the cream in a closed Ziploc bag and bring it to the doctor. The county also advised those consumers to go to the doctor and get tested for mercury in the blood and urine.

The county said for more information or to view a list of skin creams that have been tested and confirmed to have mercury, visit the Department of Health Services website.