From delicious recipes to new Star Wars content to stream -- here are some of the ways you can celebrate May the Fourth, known to fans as Star Wars Day.

May the 4th (be with you) is known to fans as Star Wars Day, a date to appreciate all things from a galaxy far, far away.

This year, even if you’re at home, there are plenty of activities to celebrate the day, including a watch party, kid-friendly crafts, delicious recipes and more.

Here are several ways to get in on the fun:

Disney+ released new Star Wars-related content in honor of May the 4th. The streaming platform debuted a brand new original series, called "Star Wars: The Bad Batch." The series follows "the elite and experimental clones of the Bad Batch" — first introduced in "The Clone Wars" — as they navigate "a rapidly changing galaxy in the immediate aftermath of the Clone War," the company said.

"Members of Bad Batch – a unique squad of clones who vary genetically from their brothers in the Clone Army — each possess a singular exceptional skill which makes them extraordinarily effective soldiers and a formidable crew," a synopsis reads. "In the post-Clone War era, they will take on daring mercenary missions as they struggle to stay afloat and find new purpose."

Disney+ also dropped a new Star Wars-themed crossover with "The Simpsons" set in a daycare far, far away (in Springfield).

"Disney+ will debut ‘Maggie Simpson in ‘The Force Awakens From Its Nap,’‘ a new Star Wars-inspired short, bringing characters from the Star Wars galaxy to the fictional town of Springfield. The new promotional short is the first of several from ’The Simpsons’ that Disney+ will release throughout the year paying tribute to the service’s marquee brands and titles," the company said.

Ethan Sappington, 7, became the youngest person in the U.S. to receive a multi-grip bionic arm.

Create an out-of-this-world menu in honor of May the 4th.

The official Star Wars blog has several fun recipes, including Yoda pancakes for breakfast or a Princess Lei rice bowl for lunch. There is even a healthy, fruit TIE fighters snack — made with bananas, apples, and nut butter — which would leave any Rebel shaking in their boots. 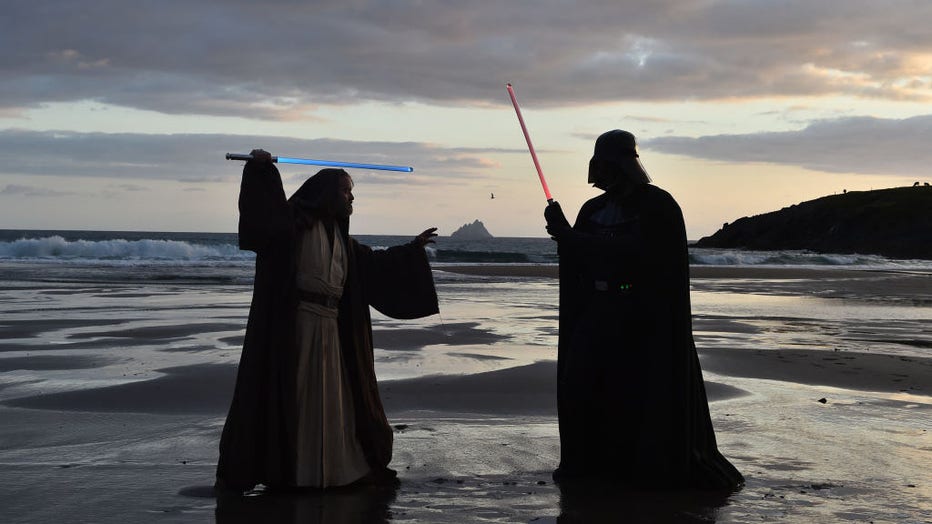 For those who want to introduce their kids to the Star Wars saga, the blog also offers simple craft ideas for children of all ages.

One idea, using two clean toilet paper roll tubes and paint, allows kids to make their own Jedi Temple Challenge bracers. Another craft will help Star Wars fans save their spot with a DIY Lobot bookmark.

Amazon has also jumped on the Star Wars Day train by enabling Alexa to answer several Star Wars-themed questions, according to CNET and the home technology news site The Ambient.

Individuals with an Echo or Dot at home can ask silly questions or say commands from the comfort of their couch like, "Alexa, tell me a Baby Yoda joke" or "Alexa, talk like Chewbacca."

What better day to share one’s love of Star Wars than on May the 4th?

Many have taken to social media to share their best puns, costumes and quotes from the beloved saga ** using the hashtags #StarWarsDay and #MayThe4thBeWithYou.