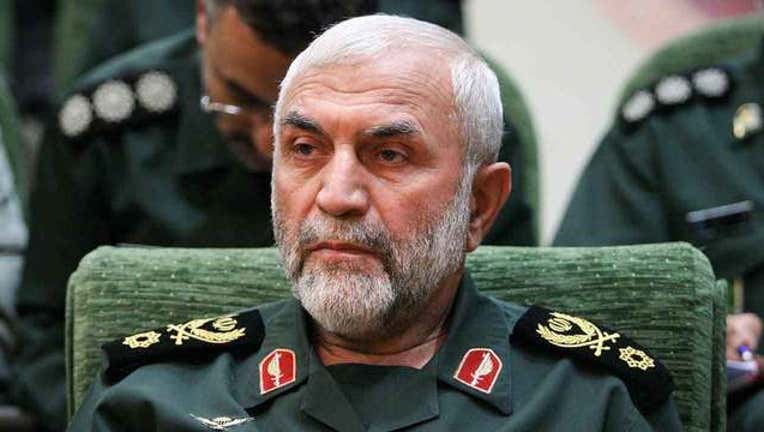 BEIRUT (AP) -- A senior commander in Iran's powerful Revolutionary Guard was killed by Islamic State extremists on the outskirts of the northern Syrian city of Aleppo, Iranian state media reported on Friday. A state television report said that Gen. Hossein Hamedani was killed in the suburbs of Aleppo while "carrying out an advisory mission." It didn't provide any further details. The official IRNA news agency read a statement by the Guard in which it blamed IS for his death.

The announcement of Hamedani's killing came as the Islamic State group has launched a surprise attack in the northern province of Aleppo, seizing a string of villages from rebels. The Syrian Observatory for Human Rights said the advance by the extremists, which began Thursday night, is the most significant in months.

It was not clear whether Hamedani's killing was related to that IS offensive. It comes amid a wave of Russian airstrikes and a ground offensive by the Syrian army in the country's central region.

The Observatory said IS seized the villages of Tal Qrah, Kfar Qares and at least four other small villages in the northern Aleppo countryside. IS-affiliated accounts on Twitter also announced the militants had seized those villages.

"Brig. Gen. Hamedani was martyred by Daesh terrorists during an advisory mission in the suburb of Aleppo" on Thursday afternoon, said the statement read on IRNA, using an Arabic acronym for the group.

Hamedani is one of the most senior Guard commanders to be killed in Syria, and the second to be killed this year. He was a veteran commander who had an important role in Iran's 1980-88 war with Iraq.

Iran is one of Syrian President Bashar Assad's main allies. Tehran has provided his government with military and political backing for years and has kept up its support since Syria's civil war began in 2011.

Guard commanders repeatedly have said Iran only has high-level advisers in Syria, denying it has fighters there.

Assad is from the Alawites, an offshoot of Shiite Islam. Iran is majority Shiite. Syria's rebels are mostly Sunni.