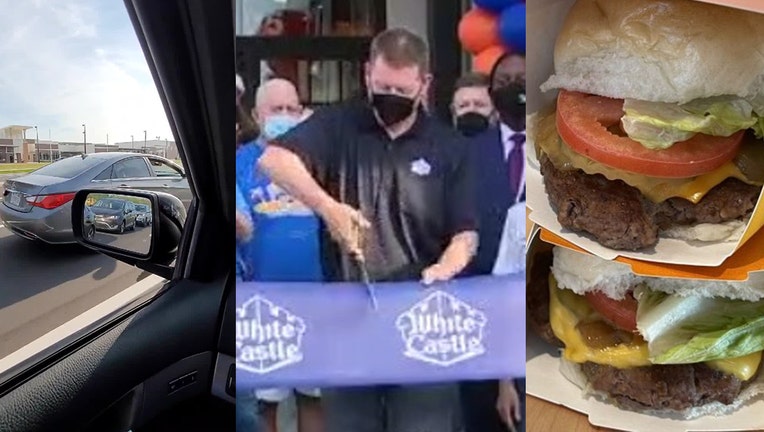 ORLANDO, Fla. - White Castle opened its largest-free standing location in the world in Orlando on Monday.

The tiny burger chain opened at 8 a.m. after a ribbon-cutting ceremony and kept their line open until 1 a.m. FOX 35 visited the restaurant, where several customers in the drive-thru line and exiting the dining room said that they waited between five to six hours for food.

RELATED: Menu: What you can order when White Castle opens in Orlando

A video by Anthony Famularo was shared with Storyful of the line for White Castle on opening day. It showed a line of cars waiting to enter the new location's drive-thru.

At some point in the future, White Castle said that they will operate 24 hours per day.

The company broke ground in November on the White Castle restaurant at the O-Town West near Palm Parkway and Daryl Carter Boulevard. It has both indoor and outdoor seating, two drive-thru lanes, an eye-catching tower, and 4,567 square feet of space.

White Castle owns and operates more than 375 restaurants in 13 states.