A look at where investigations related to President Donald Trump stand and what may lie ahead for him:

WHAT'S THIS ALL ABOUT?

Trump is facing investigations in Washington and New York.

Special counsel Robert Mueller is looking into whether the Trump campaign coordinated with Russia and whether the president obstructed the investigation. Trump also plays a central role in a separate case in New York, where prosecutors have implicated him in a crime. They say Trump directed his personal lawyer Michael Cohen to make illegal hush-money payments to two women as a way to quash potential sex scandals during the campaign.

WHAT DO I NEED TO KNOW?

Roger Stone, a confidant of President Donald Trump and former campaign adviser, was arrested Friday morning and charged with lying to Congress and obstruction.

Stone was charged in a seven-count indictment that includes witness tampering, obstruction and false statements. He was arrested at his home in Florida during a pre-dawn FBI raid. Stone is scheduled to appear in court later Friday.

The indictment provides the most detail to date about how Trump campaign associates were aware in the summer of 2016 that emails had been stolen from the Hillary Clinton campaign. It alleges unnamed senior Trump campaign officials contacted Stone to ask when the stolen emails might be disclosed.

Court documents lay out Stone's conversations about the stolen emails posted by WikiLeaks in the weeks before Trump defeated Clinton.

Stone is also accused of making false statements to the House intelligence committee.

He has been under scrutiny for months but has maintained his innocence.

Meanwhile, in Washington, Trump's former campaign chairman, Paul Manafort, makes his first court appearance in months as prosecutors and defense lawyers argue over whether the he intentionally lied to investigators.

Mueller's office say Manafort breached his plea deal by repeatedly making false statements after he began cooperating with them in September. Manafort's lawyers say he simply had an inconsistent recollection of facts and events from several years ago. They also say he suffers from depression and anxiety.

SO ... DID THE TRUMP CAMPAIGN COLLUDE WITH RUSSIA?

There is no smoking gun when it comes to the question of Russia collusion. But the evidence so far shows that a broad range of Trump associates had Russia-related contacts during the 2016 presidential campaign and transition period, and several lied about the communication.

There is also evidence that some people in the president's orbit were discussing a possible email dump from WikiLeaks before it occurred. American intelligence agencies and Mueller have said Russia was the source of hacked material released by WikiLeaks during the campaign that was damaging to Hillary Clinton's presidential effort.

OTHER QUESTIONS TO CONSIDER:

—WHAT ABOUT OBSTRUCTION OF JUSTICE? That is another unresolved question that Mueller is pursuing. Investigators have examined key episodes such as Trump's firing of former FBI Director James Comey and his fury over the recusal from the investigation of former Attorney General Jeff Sessions.

—WHAT DOES TRUMP HAVE TO SAY ABOUT ALL THIS? Trump has repeatedly slammed the Mueller investigation as a "witch hunt" and insisted there was "NO COLLUSION" with Russia. He also says his former lawyer, Cohen, lied to get a lighter sentence in New York. 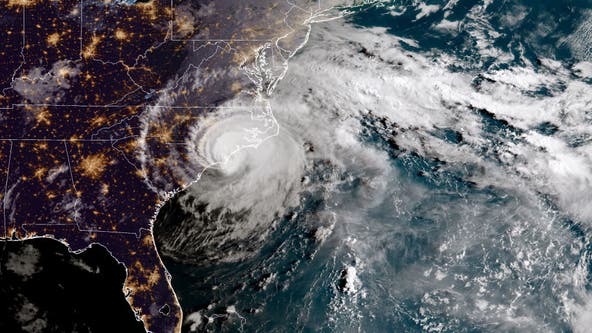