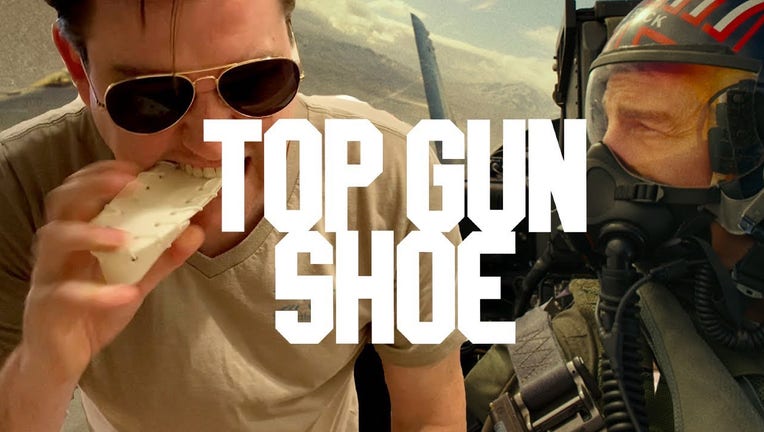 Chicago - Film critics can have a bit of a reputation as a stuffy, pretentious crowd. But, hey, at least the best of us can admit when we’re wrong. And that’s particularly true this week for "Polygon" Deputy Entertainment Editor Matt Patches — who decided to put his money where his mouth is (literally) over a 12-year-old bet involving "Top Gun: Maverick" and a shoe.

Back on October 26, 2010, around the time news first broke that star Tom Cruise and producer Jerry Bruckheimer were interested in making a sequel to the 1986 classic "Top Gun," Patches jokingly tweeted, "If Top Gun 2 happens, I will eat a shoe". 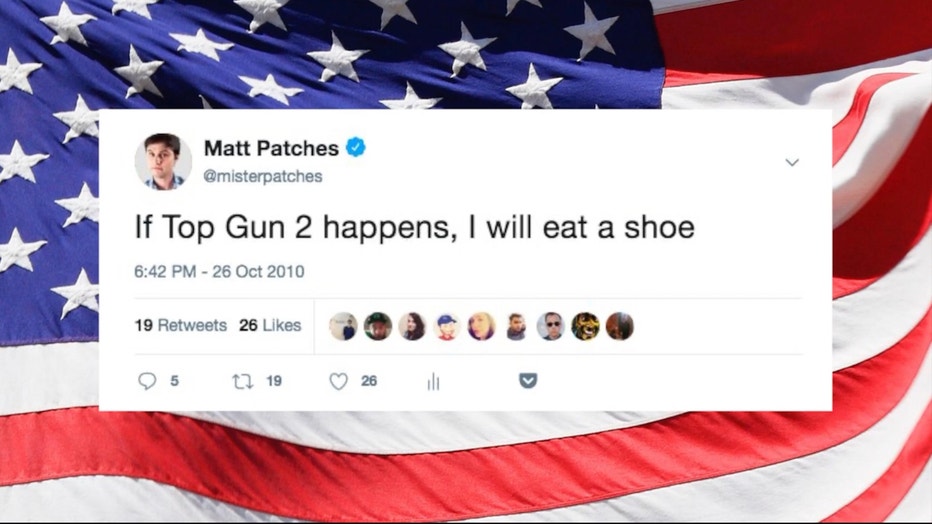 Given how many films are announced without ever coming to fruition, it wasn’t the craziest assertion on his part. But 12 years later — after a long development process and many pandemic-related delays — "Top Gun: Maverick" finally soars into theaters this weekend. And not one to welch on a bet, apparently, Patches uploaded a video on his YouTube channel where, yes, he actually eats an (edible but worn!) shoe.

The 20-minute video is more than a mere act of self-ownership, however. It’s also a hilarious tribute to the "Top Gun" franchise (in this case "Top Gun: Shoe") and film culture in general — complete with a Tom Cruise impersonator, a parody of the Kenny Loggins anthem "Danger Zone" and, yes, a lot of logistics about how one actually goes about eating a shoe. (Well, in this case, constructing a homemade shoe out of fruit leather and then eating it.)

WATCH FREE ON TUBI: Rob Lowe and in Jennifer Grey in "If The Shoe Fits"

The shoemaking starts around the 11:15 mark in the video, while the actual shoe-eating happens at 15:20, but we recommend watching the whole surreal thing to appreciate the full effect.

And don’t worry, there’s a slightly less odd and somewhat sweeter treat at the end of this story too. The folks at Paramount Pictures (the studio that produced "Top Gun: Maverick") actually sent Patches a shoe-shaped cake in honor of the occasion, which, we have to say, looks a little tastier than his homemade version.

For more on this stunt, you can read Patches’ post-shoe-eating interview with "Vanity Fair."