NEW YORK - UPDATE:  The New York State Police report that Yan has been located with his parents in Beijing, China.  Previous coverage below: 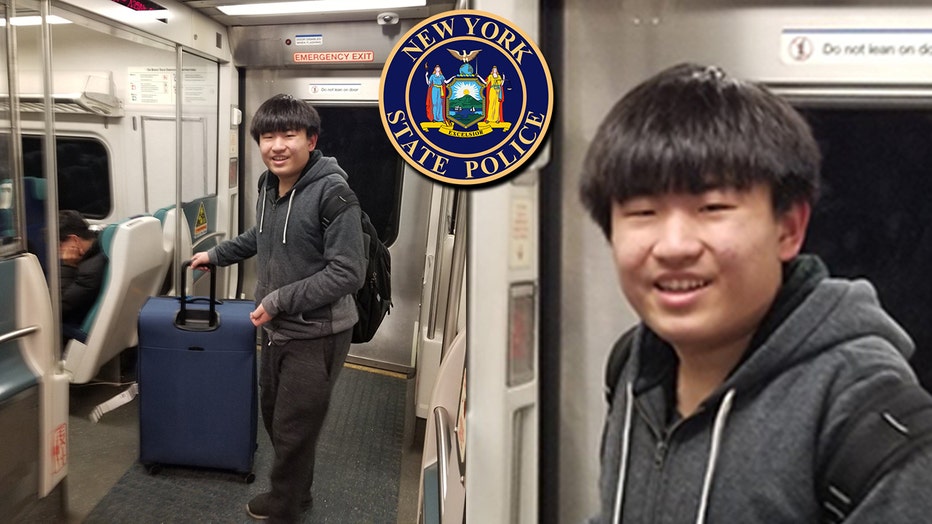 Police are asking for the public's help in finding a teenager who boarded a commuter train in New York City on Sunday and never made it to his destination in Dutchess County.

Zelin Yan, 15, was dropped off at Grand Central Terminal in Manhattan and last seen at Track 109 at about 5:09 p.m. on Jan. 5, his family told the New York State Police. He was supposed to ride a Metro-North Railroad train to the Wassaic Train Station in Amenia, New York, but went missing, police said.

Yan, who is also known as Burt, is 5 feet 5 inches tall, about 150 pounds, and was last seen wearing a gray hooded sweatshirt, gray sweat pants, and black sneakers, and carrying a black backpack and a large blue suitcase.

Police released a photo taken on Sunday that shows Yan in those clothes and with that luggage standing in the vestibule of a train car.

Anyone with information about Yan should call the New York State Police at 845-677-7300.