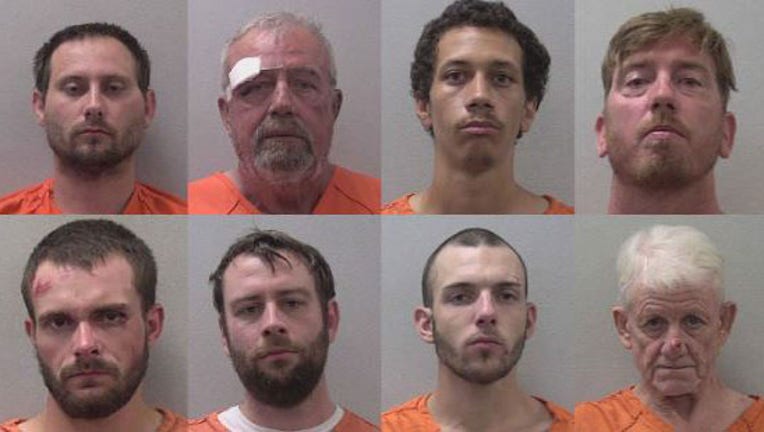 An undercover sting operation in South Carolina busted 11 men arrested and charged with contacting children through various social media platforms and apps and arranging to meet for sexual activity.

Lexington County Sheriff Jay Koon, in announcing the arrests of 11 men on Monday, explained that law enforcement officers pretended to be underage teenagers as the suspects messaged them through social media apps. Those apps included the popular mobile messaging app Kik, as well as Google Voice, Textnow, Skout, and Facebook Messenger, The State, a Columbia-based newspaper, reported.

"After the suspect asked to meet with ‘the child,’ detectives were staged at a predetermined meeting spot to arrest them," Koon said in a statement. "There is no doubt about the intent of these suspects when the messages and images they sent are reviewed."

"That’s why it’s important for parents to know who their children are communicating with online because sexual predators are looking for opportunities to exploit them," the sheriff added. No actual children were used or placed in harm's way during the operation, he said.