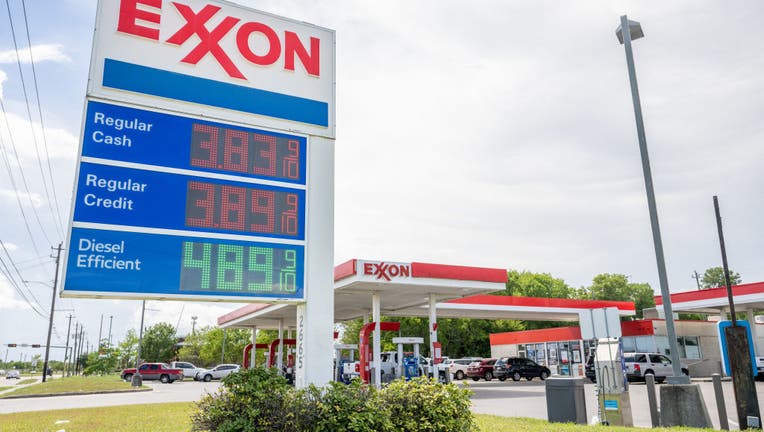 Gas prices are displayed at an Exxon gas station on July 29, 2022 in Houston, Texas. (Photo by Brandon Bell/Getty Images)

NEW YORK - Gas prices in the United States have fallen for the 50th consecutive day, the fastest rate in over a decade, according to the American Automobile Association.

The national average gas price currently sits at $4.13 a gallon, with eight states seeing prices drop underneath $4 a gallon.

The nation's cheapest gas can be found in Texas, where a gallon of regular is currently $3.69 on average.

"Consumers appear to be taking the pressure off their wallets by fueling up less," AAA spokesperson Andrew Gross said. "And there’s reason to be cautiously optimistic that pump prices will continue to fall, particularly if the global price for oil does not spike. But the overall situation remains very volatile."

President Joe Biden tweeted earlier this week that the current drop ofin gas prices is the fastest the nation has seen in over a decade.

However, Biden's critics didn't miss an opportunity to point out that gas is still nearly $2 a gallon more expensive than it was when Biden took office.

That said, gas prices could continue to drop in the future.