Video showed dozens of people swarming the West Chicago Avenue business, which sold electronics among other items, around 1:45 p.m. on May 31.

CHICAGO - Chicago police on Tuesday released surveillance video asking for the public's help in identifying a group of people who broke in and ransacked a store on the city's West Side back in May.

Video showed dozens of people swarming the West Chicago Avenue business, which sold electronics among other items, around 1:45 p.m. on May 31.

Many were captured taking whatever merchandise they could find over a roughly 25-minute period. At least one person violently kicked and shattered a protective covering under a counter that housed additional items. 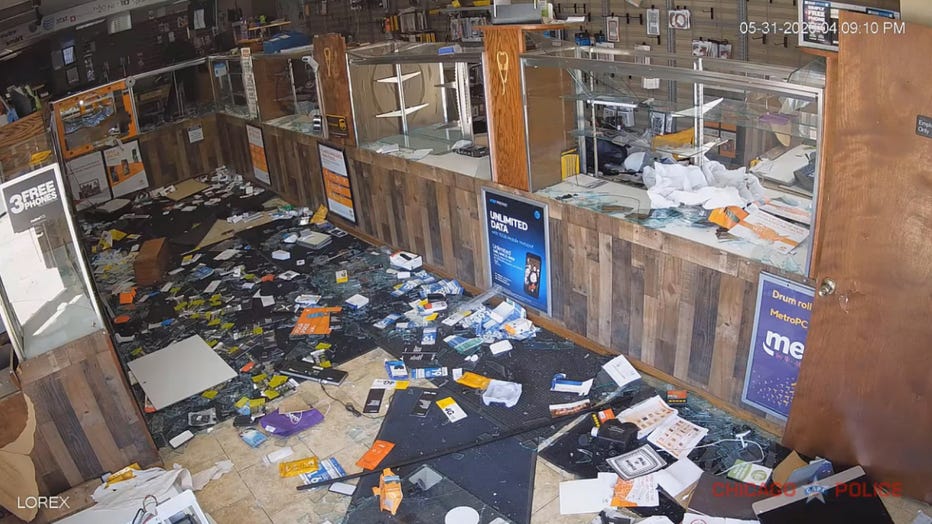 The aftermath of the looting at a store on the 3300 block of West Chicago Avenue on May 31.

The aftermath of the looting spree saw the store looking like a shell of itself. The floor was littered with items and packaging as well as shattered cases that previously had protected the store's merchandise. Walls that held up goods and electronics were stripped bare, with only a few items remaining.

Police said they're seeking the public's help in identifying those involved. They released still photos of 23 people suspected of committing a burglary during the incident. 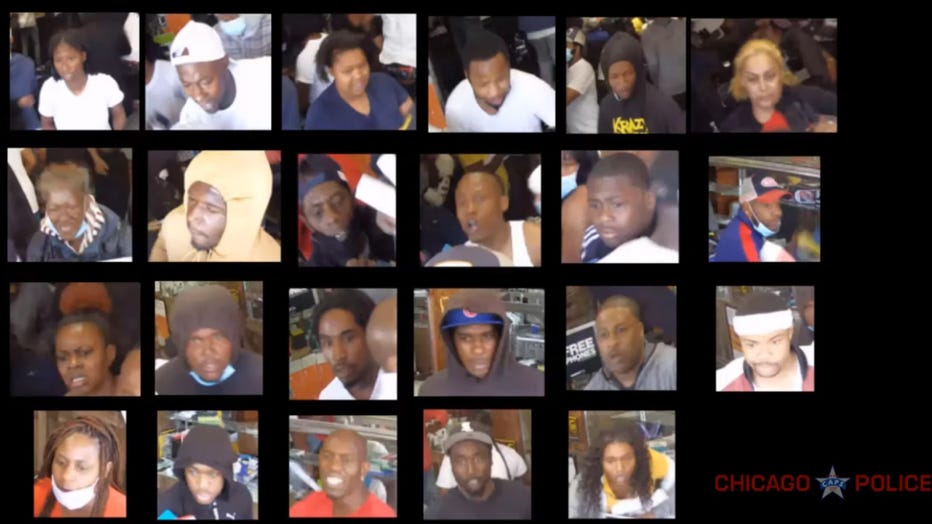 The pictured subjects are suspected of committing a burglary in the 3300 Block of West Chicago Avenue, police said.

"If you see any of these individuals, DO NOT APPROACH. CALL 9-1-1," police said.

The looting was one of the first of many troubling incidents in the city following the death of George Floyd in police custody on May 25 in Minneapolis. It occurred on a day in Chicago that saw 699 arrests -- primarily looting suspects -- 132 officers injured, 48 shootings and 17 homicides, Chicago's WBBM-TV reported, as well as widespread damage to businesses and other property.

According to a tape obtained by WTTW News of a conference call on May 31 among the city’s 50 aldermen and the mayor, an alderman could be heard weeping while others angrily decried what was going on in the city.

One alderman asked how seniors and vulnerable populations were supposed to get medicine and food if “every CVS, every Walgreens is shutting down.”

Another was heard asking, “How do businesses recover and why would they want to recover in our community?”